The Hult Center for the Performing Arts in Eugene, Oregon is a hub of entertainment, culture, and art. If you’re on a search for things to do in Eugene, the Hult Center is one of the area’s top attractions and provides a full schedule of events all year long. More than 700 events and performances take place at the center each year.

Photo by Cacophony via Wikimedia Commons

The Hult Center provides a wide variety of events and performances. You can find things to do with friends or visitors, date night ideas, and entertainment of all sorts. A few things you can do at the Hult Center include the following:

Past and Present Performances at the Hult Center

Since its opening, the Hult Center has hosted historic performances by The Oak Ridge Boys, Johnny Cash, Maya Angelou, and Marilyn Horne. Today, the center hosts multiple resident companies, including Ballet Fantastique, the Eugene Ballet Company, the Eugene Concert Choir, Eugene Opera, the Eugene Symphony, the Oregon Bach Festival, and The John G. Shedd Institute for the Arts. The resident companies are responsible for most of the performances throughout the year. Independent artists and entertainers of all kinds are also invited to perform. 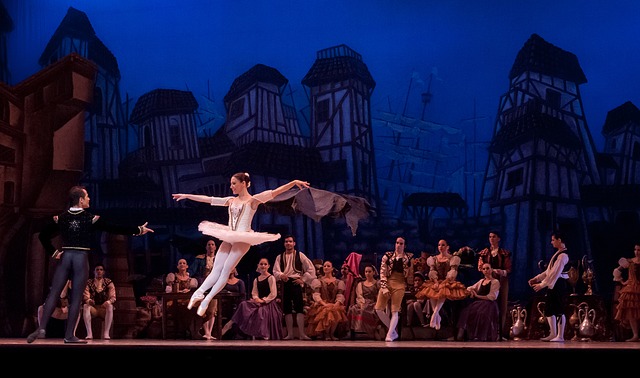 Get Involved at the Hult Center

The Hult Center is successful because of the community that surrounds it. From the beginning, the community has lent its support to the center through donations of both time and money. While the Hult Center gives so much to the community, the community also gives back. There are many ways to get involved at the Hult Center. Volunteer and internship positions are available. Volunteers help with tasks such as manning the information desk, leading tours, and assisting ushers. Volunteers join the Support Hult Center Operations — a valued organization of members who donate their time, enthusiasm, insight, and commitment.

History of the Hult Center

The Hult Center was built in 1982 by the people of Eugene. The local economy was facing a downturn when the plans for the center were first proposed. Former Mayor Les Anderson employed businessman Maurie Jacobs to win the support of town politicians in order to pass the $18.5 million measure to build the arts facility. With the help of community fundraising, the bond measure was passed, and the Hult Center became a reality.

The center was designed and constructed by the New York firm of Hardy Holzman Pfeiffer Associates. They decided to include a performing arts complex, a convention center, and a hotel. The architecture included a beautiful, towering glass lobby; a 2,448-seat hall with a basket weave ceiling; and a smaller, more intimate 496-seat theater with a unique, asymmetrical design.

Get Hult Center News and Updates

The Hult Center is on social media. You can find them on Facebook , Twitter, and Instagram. You can purchase Hult Center tickets online, or go by in person to check out the performing arts center for great information and shows!